One year of journaling

My first year of journaling is a fact! About this time last year I had just finished my first weekly spread in my green Moleskine planner and how great that felt! In this blog I would love to tell you how it all came to be. Follow me! 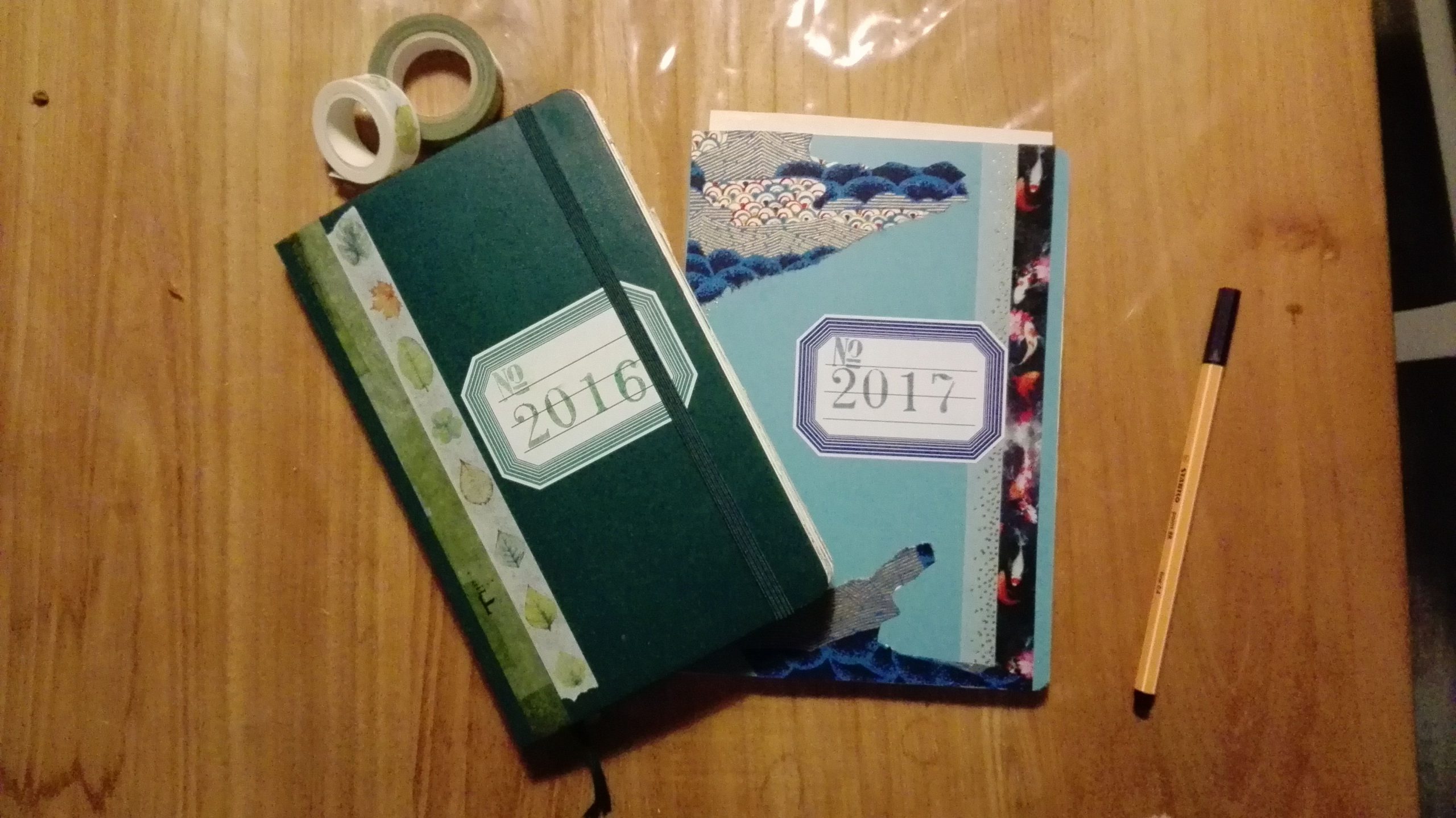 During a first Round Robin project I really got to enjoy crafting in those notebooks and I was eager to start a new round. My old Instagram account was given new life by occasionaly posting pictures of my creations and of my postcrossing and snailmail activities. This got me in touch with the wonderful source of inspiration that is the creative, inpriring and loving papercrafts community (if you’re reading this you are undoubtedly part of that!).

The second Round Robin project round had only just started when my nine year old son became sick. Very sick. Still, I didn’t want to quit the project because I soon discovered ‘fumbling about in those books’ was very therapeutic. During crafting there was only space in my head for creating, building, beauty and having fun and sickness, destruction,  fear and sorrow were temporarily ‘parked’.

During that time of hospitilazations, examinations and chemotherapy I started to write a diary. First it was rather detached later it became more personal for my son so he could later read what happened each day and maybe remember things he might have forgotten.

How important this would be became apparent later when, due to complications, a six day coma and a long period thereafter left him with a huge memory gap. 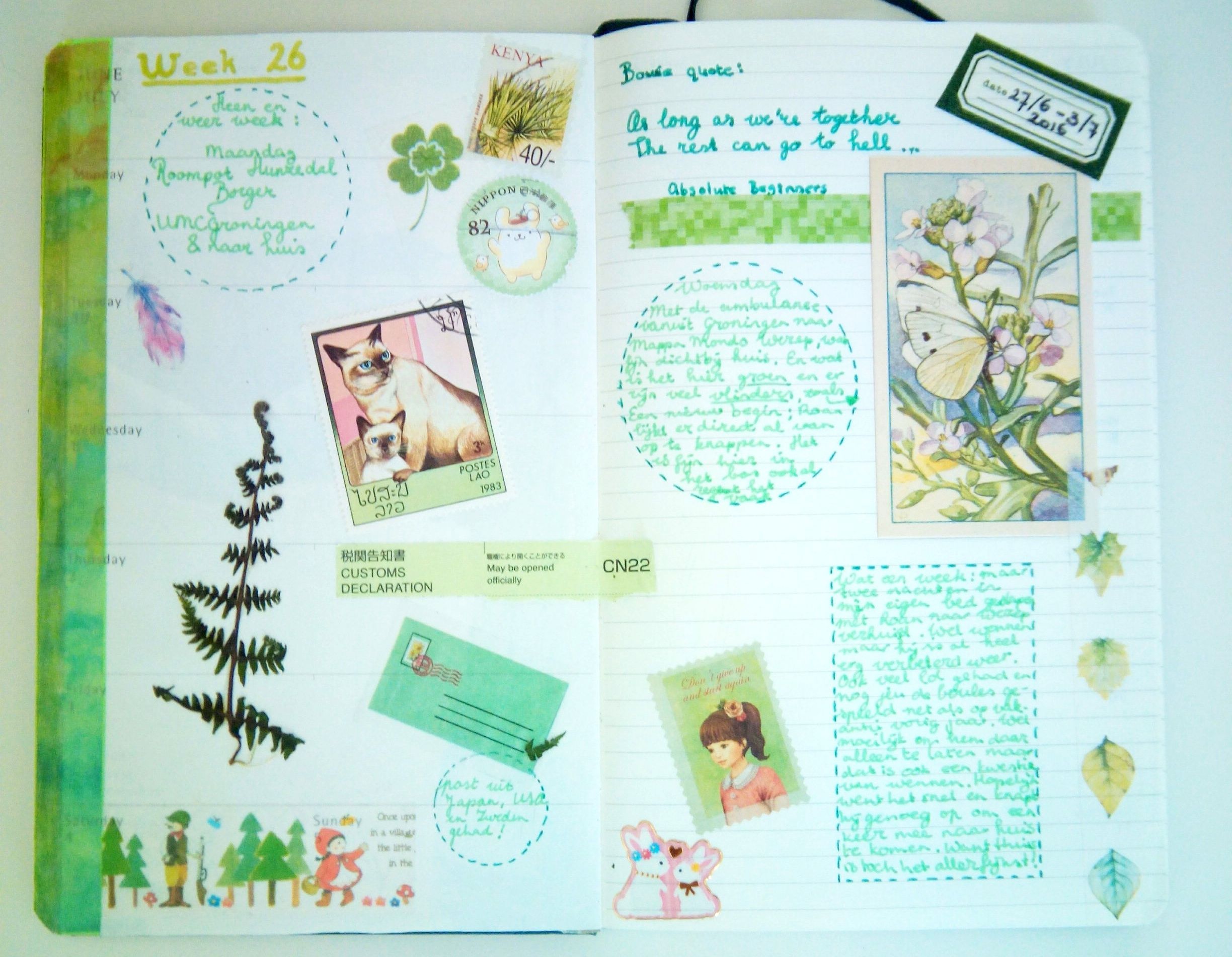 If there is one thing that helped us pull through it must be that we always held on tot the good and fun things that happened too.

Sweet friends, huge amounts of mail (even from his favourite band!), an unprompted private birds of prey flighted show and more. This arose a need in me to hold on to the good things in life even more.                          As a thoroughbred pessimist I was perfectly capable of having a minor setback ruin my whole day (or even week) and overshadow the good.

I didn’t want that anymore.

At the beginning of last year’s summer vacation the day came we could leave the hospital but instead of going home, enjoy the sunshine, play outside and go swimming summer was spent recovering in a care institution, dealing with medication and medical rehabilitaion.

Still, it felt like a new beginning but because the Round Robin project had ended I fell into a creative void.  Journaling on a weekly basis and combining crafting and writing was a perfect solution. 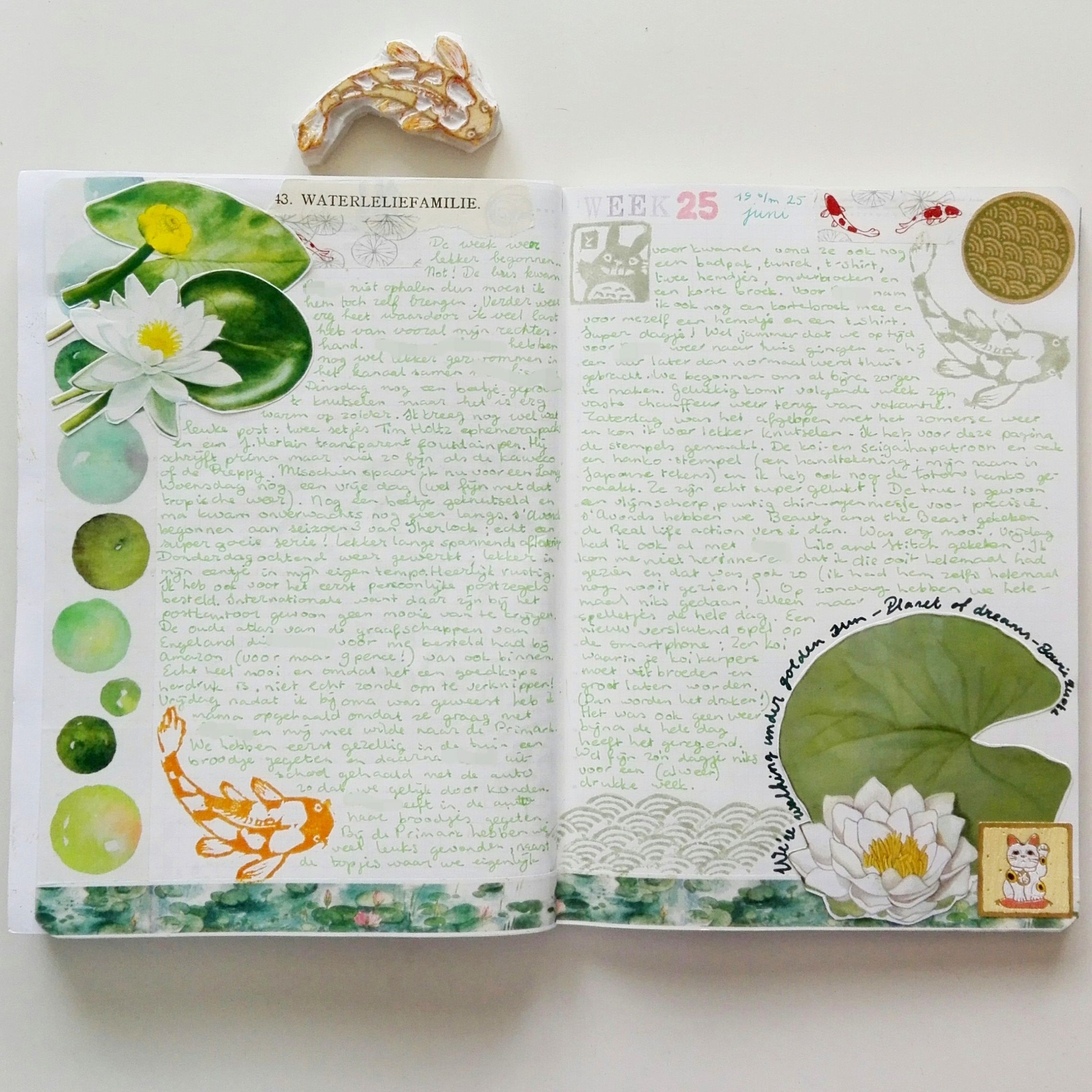 With the beautiful spreads by Desiree (Cherished by Dees) as main source of inspiration I bought said green Moleskine planner and just started! The first spreads I made were pretty nice but they also made me feel insecure: weren’t they just bad copies?

Surely soldiering on and keep doing what I like resulted in me developing my own style. After six months I started a new journal  (Stálogy A6) which, because it being slightly bigger in size, better fitted my needs. When my layout is finished I continue to write each day a little about how my day went, noticing that the not so good days are still outnumbered by the good days! 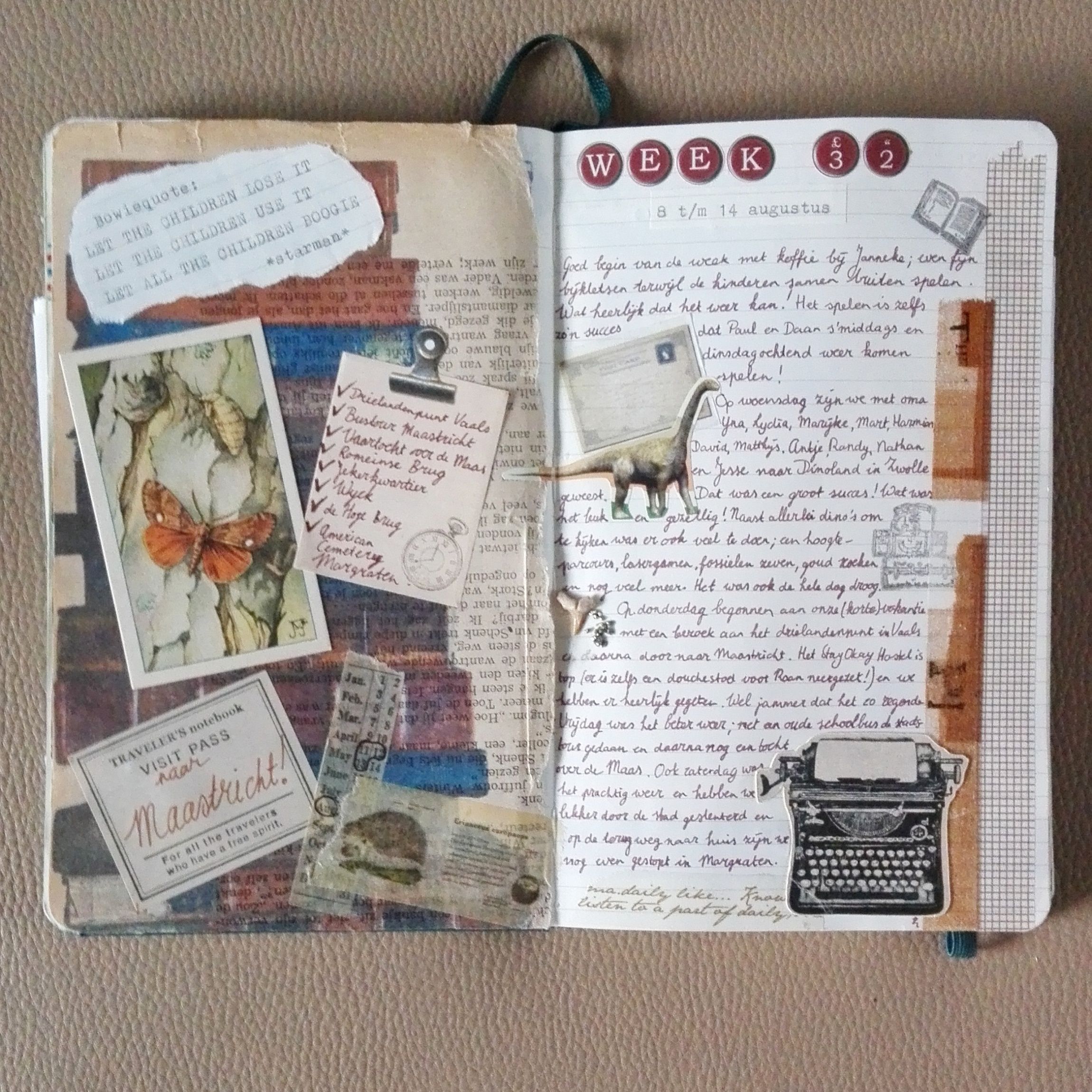 EACH WEEK A NEW BEGINNING!

One week I will make a quick spread of some washi tape along the page edges, other weeks it’s a more elaborate project.

Sometimes I will be ahead with my spreads, sometimes I will quickly have to throw some things together at the beginning of the week. I will make spreads with a specific theme, a special interest of mine, a certain colour or inspired by some thing a dear mail friend has sent me.

Sometimes I like a spread so much that I often catch myself just looking at it, sometimes it’s utter crap.

But each week is a new beginning and one to look forward to!